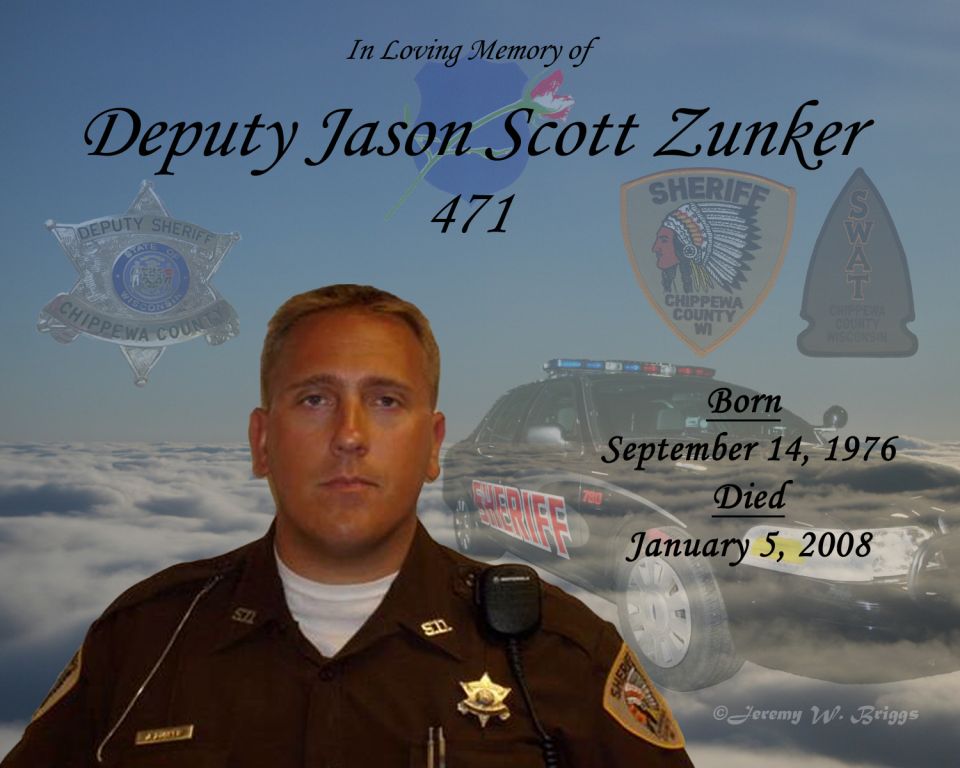 Sheriff Deputy Jason Scott Zunker, age 31, a 5-year veteran of the Chippewa County Sheriff's Department, was fatally injured in the performance of his duties and succumbed to his wounds on January 5, 2008.                "IN VALOR THERE IS HOPE"

Deputy Zunker began employment in 2003 with the Chippewa County Sheriff's Department as a jailer and a huber officer.  In 2006 he transitioned his employment to the patrol division where he remained until injuries sustained in a traffic tragedy took his life.  Deputy Zunker was survived by his wife and many other family members.  He was laid to rest in the Everrest Cemetery in Waino, Wisconsin.

On January 4, 2008 the Chippewa County Sheriff's Department responded to a semi fire located on highway 53 in the southbound lane, just south of highway 40 in the Township of Woodmohr.  Due to this fire traffic volume was a concern, so officers were sent to assist travelers around the fire scene.  Traffic was to be diverted off Highway 53 onto Highway 40 at the Bloomer exit.  Deputy Zunker was assigned to slow traffic down and move them into the right lane, preparing them to exit onto the Bloomer ramp.  While setting up to begin his assigned duties Deputy Zunker was struck by a southbound vehicle.